Twenty eight of our Year 11 Future Leaders attended a workshop at The British Library led by curator Polly Russell.  Polly is a presenter on BBC2's Back in Time series and she also writes a column called ‘The History Cook’ in the Financial Times Saturday Magazine.

Her fascination with the history of women’s lives and the struggles they have had to endure to fight for equality and recognition led Polly to design a workshop for secondary school students focussed on the history and aims of the Women’s Liberation Movement.  Our students found the workshop inspiring and it certainly challenged their conceptions about women in the 70's and 80's.

Polly was so impressed by our students she wrote an article praising them and offering free tickets to her next exhibition.

Back in January a group of Future Leaders from The Green School for Girls attended my workshop. I was incredibly impressed with how engaged and engaging these students were. The class contributed to complex discussions and had an impressively nuanced and reflective take on issues of gender, identity, power and politics. It is always a pleasure to talk about a subject one loves but speaking to The Green School students was a special treat

In addition to the workshops we’re also exploring the story of women’s rights in a landmark exhibition which opens in the summer.  Called Unfinished Business: The Fight for Women’s Rights, it will tell the long history of women’s fights for equality, linking this history to contemporary feminist activism from abortion rights in Northern Ireland to period poverty to refugee women’s rights.  The exhibition will explore this story using diaries, manuscripts, magazines, banners, music, film and clothing and it includes contributions from people like Reni Eddo-Lodge, Jameela Jamil, Big Joanie and Caitlin Moran.  It’s going to be great and The Green School Students have an open invitation.  I'd love to see them there. 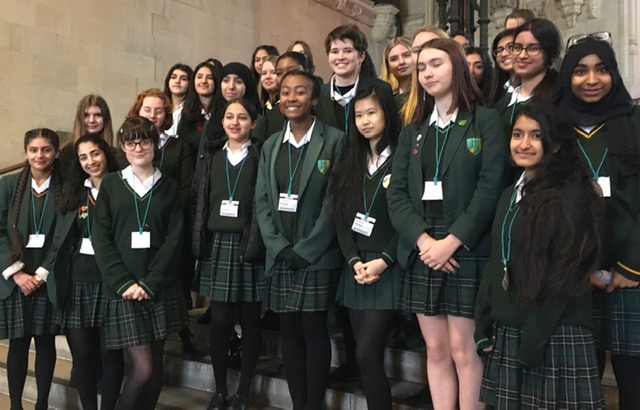